The Japanese Culinary Academy has published a series of books that scientifically explains the techniques used in Japanese cuisine, entitled "The Japanese Culinary Academy's Complete Japanese Cuisine."
The following is a list of the books in order:
1.] Introduction to Japanese Cuisine: Nature, History, and Culture
2.] Flavor and Seasonings: Dashi, Umami, and Fermented Foods - which explains the flavor umami, as well as fermented seasonings and foods, with dashi being the foremost example.
3.] Mukoita I, Cutting Techniques: Fish
4.] Mukoita II, Cutting Techniques: Seafoods, Poultry, and Vegetables

Subsequent titles on techniques such as grilling and boiling are also currently in the works.
This series was created in order to allow scholars of Japanese culture and gustatory research scientists to explain Japanese cuisine, with the aim of making it understandable even to people who have not trained in Japanese cuisine.

In order to disseminate information to those who are trying to learn Japanese cooking techniques both in Japan and overseas, the Association has established an environment in which it can publish editions in two standard languages, both Japanese and English, as well as editions in other languages as necessary.

To master a certain cuisine, one must begin by learning its background. "The Japanese Culinary Academy's Complete Japanese Cuisine" aims to teach the fundamental principles, rather than simply explain the methods. Instead of relying on experience or intuition, it provides the basis and scientific reasons for why certain flavors are created and specific cooking methods are used. This is done with the aim of helping chefs understand these principles, adopt them, and create original cuisine based on them. 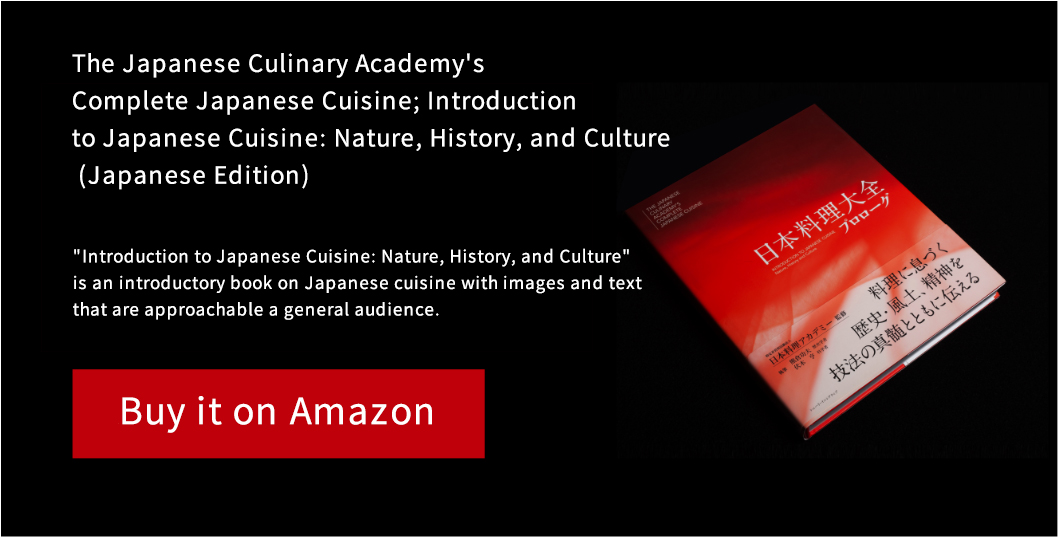 *Also sold by the Secretariat of the Japanese Culinary Academy Certification AssociationPlease inquire for more details.